I’m so excited to offer my first giveaway to my early supporters.

Prizes include a 20 dollar gift card, a copy of Rebecca Ethington’s “Through Glass” (on release day!), a copy of Sheena Boekweg’s “Funny Tragic Crazy Magic,” and a copy of David James’ (one of my new favorite authors) “Light of the Moon”

A Short Story by Rick Chiantaretto

I couldn’t help but laugh at this outburst, and it got me thinking about how our culture revolves around extremism. All things must be perfectly right, or perfectly wrong. All people must choose the right or the left; the righteous or the wicked. There is no room for middle ground.

The result of my pondering on the subject was this odd and ridiculous story. In it there is an extreme wife, a dedicated husband, and even the roses themselves will not tolerate deviance from their accepted extremity.   Find out what happens when we allow our own “right” way of doing things live our life for us. 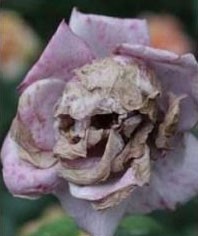 The moon was bright in the starless night sky, and cast its sharp beam onto an old wood-worn house. A light was on in a small room high up on the third level, and The Chords streamed through an open window into the cool night air.; there was something about the R&B style with pop shadings that caught the attention of the people in this small town in northeastern Kansas, and specifically, the attention of the old man that lived in the house that was way too big for him – especially because he lived there alone.

A light breeze twisted its way along a large corn field and through the old mans beautiful rose garden before pulling the scents up into the window and past the dreaming mans nose.

His eyes popped open. Someone was in his rose garden.

The man stood on rickety knees that hadn’t been sturdy for years. He pulled a large hunting riffle from behind a heavy wooden door, and pushed the barrel through the open window. His shadow loomed across the yard, the shadow of the barrel touching a hunched over person trespassing in his rose garden. The old man fired, but it was only a warning shot. “Get out of my yard. Play in the corn if you wish, but out of the roses!”

Wild eyes flashed up at him, the light from the window causing them to burn. The voice that came back to him didn’t match those evil eyes, and practically trembled with fear.

“Sorry sir, they are just so beautiful. I could smell them blocks away as I came on my bicycle. I wanted to pick one for my mom. Please don’t shoot me.”

The old man chuckled to himself for his foolishness at being frightened by a child’s eyes, but his rasping voice didn’t show any kindness. “Leave,” he boomed.

The frightened child ran from the field, but secretly had already plucked a rose and put it in her pocket.

She was never seen again.

The following day brought bright sun, but a cool breeze. As flowers always do, the roses turned their faces toward the light. The old man took great care of the flowers, and spent most of the day with dirt on his face as he gave attention to each of the one hundred plants. His wife had planted the bushes, which is why he cared for them so. She had died the same year the old mans knees began to give him trouble. When the executor of his wife’s will arrived, he stayed only long enough to read one lonely line:

“Please take care of my roses.”

The dirt was unusually soft and rich today today as if it were recently turned, which made the conditions perfect for pulling weeds.

When the sun had begun to set, the old man went back into his house, washed the dirt off his face and hands, and sat down to eat. His plate was full of a variety of meats and cheeses. With his wife being such a fanatic about roses, she wouldn’t allow them to be herbivores. The old man got accustomed to not eating plants, and now even preferred it that way. His wife complained how vegetarians always believed they shouldn’t eat meat because it was cruel to eat a living thing. To her, plants were living things, and she showed her disdain for the murderous plant eaters by slaughtering their cowherds and serving them for dinner. Even the corn was never harvested, except to feed the cows. This gave the old mans’ wife even more of an excuse to kill the cows: because they, too, were murderous plant eaters.

So the man ate his less-than-vegan plate, and went upstairs to enjoy his music and rest for the evening.

He climbed his winding staircase, and entered his room on the third floor. A bare bulb in the middle of his old wooden decor snapped to life as he flipped the switch. The old man walked to his record player and set the needle carefully on his worn record before walking to the window and cracking it open just enough so that the smell of the roses could permeate the room. He sunk into his overstuffed lounge chair, and began to puff nonchalantly on a pipe. Before long, his eyes grew heavy, and sleep overcame him.

The old man woke, probably just after he fell asleep, to a knock at his door. His pipe had fallen out of his mouth and burned a small hole in the chair he sat in, but the ashes were now cool. He cursed at himself before trying to steady his knees. “Come in!” he yelled, “I’m old, and can’t get downstairs very fast. Please come up to the third level.”

There was a pause as the old mans’ voice echoed around him. After a moment of waiting, a response came, the voice distant. “It is the police, sir. May we speak to you?”

The old man rubbed his eyes. He knew he hadn’t done anything wrong, so he saw no harm. The police were at the door to his room before he could answer.

“Please sit down,” a young gentleman commanded, pushing his raven black hair back under his cap, away from his fiery blue eyes. “I’m the chief of this police force, and I have a few questions regarding a little girl who was seen ridding her bike by your house last night. She has been missing for 24 hours now. Your neighbors,” he said, cutting himself off with a motion to the window where a dark silhouette of a far away house could barely be seen in the distance. The old man only knew it was there because of a thin trail of smoke rising from its chimney.

“Your neighbors said they heard a gunshot last night,” the officer finally continued. “Will you explain this, Sir?”

“The roses,” the old man pleaded, seeming frail, knowing that wasn’t a sufficient explanation. “She was in the roses. I didn’t know who was there. I didn’t shoot her! I only fired into the oak tree in the middle of the cornfield. That is how I scare away people from the roses.”

“Do you… scare people often?”

The chief gave a wry smile. “You are an eccentric old man. Did you see the little girl actually leave the flowers?”

“Rose garden.” The old man wasn’t sure exactly why he felt the need to correct the officer.

“Did you see her leave the ‘rose garden’, then?”

“I saw her running, but the garden is quite large.”

“We found her bike, next to your fence. She never left your property.”

The old man was silent. What could he say?

The chief got a twisted look on his face; a mien of catching the guilty red-handed. “We’ll be back with a warrant to search your property for her.”

The old man followed the police officers out, his head hanging low. How could he prove he didn’t kill the little girl? Could a bicycle be enough to convict him? Would the police dig up his wife’s garden looking for the body of a child? He wondered all this as his feeble knees walked him into the night. He thought his life was over, and why shouldn’t it be? No one cared about an old man, and no one would doubt that he killed the girl if the police said he did.

“I need comfort,” the man said to himself aloud after the officers had left. He walked across the yard and into the rose garden.

Here, among the roses, the fragrance of the flowers filled his nostrils with the sweet smell of life. The damp earth under his feet gave way slightly to his weight, a feeling he loved and enjoyed. But now it was different. Now, it just felt like sinking. He leaned over and smelled one of the newly blooming buds. After he did, he looked at it curiously. “Ludicrous rose. Because of you I will go to prison!” he exclaimed before snapping off the bud.

The old man heard a quick movement behind him, followed by a sharp pain just behind his knee. It caused such pain that he fell immediately to the ground. He cried out, and reaching behind him he pulled a thorn from his flesh. His fingers were sticky, covered in blood. He looked up to the sky, wondering who would come to help him; how long he would have to wait until someone would notice he was lying here unable to walk amongst the roses? Then, above him, he saw something strange. Was he dreaming? A beautiful rose, a flower as big as his head, turned toward him. It seemed to slither toward him on its branch, until its petals were only inches from his face. In the moonlight it looked as though this bud had lips, pressed outward, ready to kiss him. As the wind blew calmly through the garden, it sounded like a whisper, We trusted you to care for us, and now you kill one of us! Betrayer.

The thorned branches beat upon him. The old man cried out in pain. The branches tightened, burying their thorns deep into his old, soft, flesh before pulling him downward. Down. Down. Down he went until he couldn’t breathe. Yet down further, deeper into their garden they pulled him. As his eyes grew dark from suffocation, he thought he heard the ominous laughter of the wind, followed by a bantering whisper, Murderous man eater!